Grammar has always been a huge concern for students who are learning English online. One of the trickiest aspects that many learners find challenging is using prepositions correctly.

Many of those who are taking an English course online find using prepositions confusing because these words don’t have a solid definition, unlike nouns, adjectives, and adverbs. Moreover, most of them could sound correct in different sentences, making it more difficult to distinguish the correct preposition to use appropriately. However, using the wrong preposition could change the meaning of your sentences completely.

There are 150 different prepositions in English, but only 70 are used more commonly. Let’s take a closer look at prepositions and how we can master them.

Examples of commonly used prepositions are:  to, of, in, for, on, with, at, by, from.

Learning prepositions does not have to be tricky. Online resources and study guides are readily available for those who wish to practice using them correctly.

Here are some other valuable tips to guide you as you master prepositions:

Online English learners fall into the trap of translating expressions from their native language to English, word-for-word. In the case of prepositions, this approach does not always work simply because they are function words. The definition of function words would vary from one sentence to another, as they don’t contain an actual meaning.

One of the reasons why children quickly learn a new language is because they learn in chunks. They pick up sentences and utterances rather than memorising syntax and grammar rules. For that reason, one effective way of learning about prepositions is through learning different phrases and full expressions. Online English courses also encourage students to learn the language in full expressions rather than rules.

Take this as an example: My meeting is on Friday.

You can take this sentence as a ‘template’ to specify the day of an event that would take place, such as ‘The party is on Tuesday’.

As mentioned earlier, there are 150 different prepositions, and 70 are the most used. While we don’t need to memorise how each preposition is used, it wouldn’t hurt to go over these prepositions and their functions. Look for online grammar guides to learn more about them.

4. Learn according to their function

Lastly, always keep in mind the golden rule of prepositions: They have an object. Usually, the preposition precedes the object. But they can also be near the object.

We all know that grammar can get challenging to master for many learners of English. Anglia Education offers online AI-powered courses that can help you ace English grammar and apply them in your communication. Anglia Education has English courses for business English and general English for all levels – from beginners to advanced.

Master prepositions and other aspects of English grammar with Anglia Education. 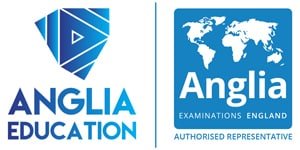 Get updates & learn from the best 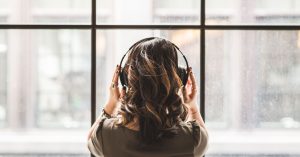 Learning English Online: Tips to Develop Listening Skills Many ESL learners typically do not pay much attention to listening skills when learning English online. However, 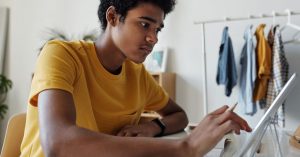 Grammar has always been a huge concern for students who are learning English online. One of the trickiest aspects that many learners find challenging is